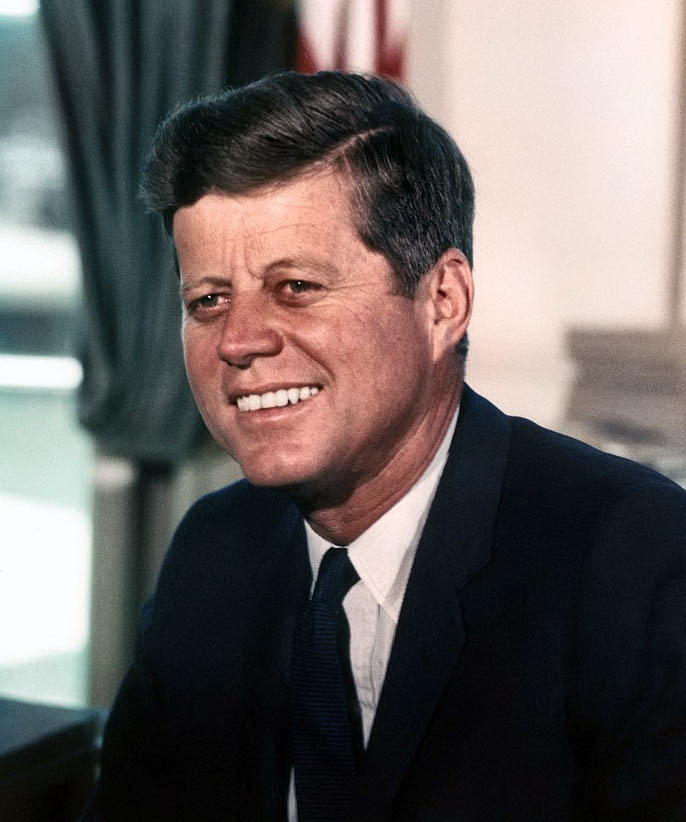 The most obvious fact, to indicate that the true story of John F. Kennedy’s slaying is not as the government has presented, is the cover-up itself. Elaborate cover-ups spanning 50 years cannot orchestrate themselves, and there must be compelling reasons for hiding the truth from the American people, or else it would simply be declassified and revealed.

If the killing of the president was committed by a lone nut single shooter named Lee Harvey Oswald, because of his great love of Marxism, there would be no compelling reason to keep his files secret five decades after the fact. Quite the opposite, Mr. Oswald’s clear guilt and personal history would have been useful propaganda material in the ideological battle between the Western world and the Soviet bloc. The ongoing and arguably illegal suppression of assassination evidence by the US government should be taken as a clear indicator of some level of official complicity in the original assassination.

Despite the US government and major media pressing the official story for the last half decade, relatively few Americans still believe it. By 2004, 74 percent of Americans thought there was a “cover-up of the facts” about the assassination of JFK. Today, polls show a majority firmly behind the conspiratorial view, with the Associated Press finding that 59 percent of Americans think multiple people were involved in a conspiracy.

Of course, the 1979 House Select Committee on Assassinations (HSCA) determined the killing was “probably” a conspiracy, with a pathetic guess to their final determination. The committee was “unable to determine” the identities of other shooters or the “extent of the conspiracy.” This is more evidence of a cover-up, especially given the sheer number of documents to be released after 1979, and, even more damaging, those that remain secret to this day. We know of at least 1,100 multi-page records related to the JFK hit that remain classified.

Among those still classified records are details of the CIA’s surveillance of Lee Harvey Oswald prior to the assassination. Other characters kept shielded from public scrutiny include Bill Harvey, who headed an assassination team for CIA code named “ZR-RIFLE,” and CIA operative David A. Phillips, who was allegedly seen with Oswald in Dallas two months before the slaying of a president. At least 332 hidden pages of classified text concern E. Howard Hunt, a CIA thug and Nixon “plumber” (plugged leaks) involved in Watergate. Hunt would confess on his deathbed to being part of the JFK hit, as published in Rolling Stone, although specifics of his story may be inaccurate. In his confession, E. Howard Hunt named Cord Meyer, Bill Harvey, David Morales, David A. Phillips, Frank Sturgis and then Vice President Lyndon B. Johnson as other culpable players.

The 1979 HSCA investigation in no way got to the truth of the matter, and nowhere is this more clearly shown than in its failure to interview Jerrol Custer when it addressed whether the Kennedy X-rays were forgeries or not. Custer was the x-ray technician who took the pictures, and yet he was not brought in to clarify that the images were authentic. Custer testified in 1997 to the Assassinations Records Review Board: “[W]hen I looked into the skull – I remember seeing an apparatus in there… It was non-human. It had – I’m not sure if it was metallic or plastic…” His commanding officer, Dr. Ebersole returned late that night with additional skull fragments from Dallas. “High-ranking people had talked to [Ebersole]. And he suggested to me that everything I see from now on, I should forget” (ARRB, “Deposition…” p146).

Three days after Kennedy’s killing, and just one day after Lee Harvey Oswald was also gunned down – while in police custody and having never confessed to anything – the assistant Attorney General of the United States, Nicholas Katzenbach, wrote a memo to a White House aide that included this point: “The public must be satisfied that Oswald was the assassin; that he did not have confederates who are still at large; and that the evidence was such that he would have been convicted at trial.”

Clearly, at this early juncture there was no way for Nicholas Katzenbach to know these things as facts. In explaining his memo, Katzenbach told the House Select Committee on Assassinations that his emphasis was on full disclosure and not on pressing the lone assassin theory. Katzenbach’s premature memo also noted some conspiracy theories that the Soviets were behind the Kennedy killing or that the extreme right wing was behind it in order to blame it on leftists. “Unfortunately, the facts on Oswald seem about too pat, too obvious.” So even as he relayed the premature determination that Oswald was solely responsible, Katzenbach expressed a reservation that it seemed “too obvious” that Oswald was so blatantly linked to the Soviet bloc.

We see an official policy to stick to the lone assassin theory, and specifically not to blame the JFK hit on the Soviets or Cuba, even from President Johnson. During a phone call one week after the slaying to Senator Richard Russell, Johnson said, “[W]e’ve got to take this out of the arena where they’re testifying that Khrushchev and Castro did this and did that and kicking us into a war that can kill 40 million Americans in an hour…” The direct threat of nuclear war supposedly took precedent rather than full disclosure, at least from the mouth of President Johnson. This rationale for covering up the facts was already established and on the record, inside the White House, one week after President Kennedy’s murder.

Discrepancies with the Oswald legend would emerge later. Particularly curious is this bit of skullduggery: “In one taped conversation, Oswald — or someone saying he was Oswald — called the Soviet embassy. Then-FBI Director J. Edgar Hoover listened to the tape and told President Lyndon Johnson that it wasn’t Oswald’s voice.” That tape disappeared forever. Perhaps Katzenbach’s “too obvious” speculation was spot on.

Oliver Stone’s JFK film included another spot on point. As Associated Press states plainly, “Pamphlets Oswald had in his possession bore an address of a local anti-Castro operation connected to a former FBI agent with ties to organized crime.” So was Lee Harvey Oswald supposed to be pro-Castro, anti-Castro, or undercover?

Check out Breaking The Set‘s report on the assassination of JFK:

A cognitive dissonance surrounds this issue, particularly in the corporate media. Investigators routinely report highly suspicious facts only to attempt to spin them away and diminish their importance. An example of this behavior is former Washington Post reporter Jefferson Morley, who has taken on the Kennedy case. Claims Morley: “This is not about conspiracy, this is about transparency… I think the CIA should obey the law.”

The definition of conspiracy is when multiple parties, or an organization such as CIA, break the law. Establishment journalists are so terrified of accusing the government of conspiracy, that they even seem prepared to attack the English language rather than to open themselves up to accusations of being a dreaded “conspiracy theorist.”

The CIA made its propaganda agenda clear in April of 1967 in a document entitled, “Countering Critics of the Warren Report.” Therein, the agency sought to, “employ propaganda assets to answer and refute the attacks of the critics” (Nurnad). That meant “book reviews” and “feature articles” as well as “friendly elite contacts (especially politicians and editors).” Countering critics of the Warren Report with propaganda was a clear breach of the CIA’s charter, and operating domestically was and remains illegal. That propaganda effort, similar to the more formal “Operation Mockingbird,” would constitute additional official conspiracies peripherally related to the killing of President John F. Kennedy. In other words, official cover-ups tend to veer into technically criminal activities.

Jefferson Morley, who already disparaged the idea of a JFK conspiracy earlier in the AP article, presented another curious revelation: “The idea that Lee Harvey Oswald was some unknown quantity to CIA officers was false… There was this incredible high-level attention to Oswald on the eve of the assassination.”

On the eve of the assassination, says Morley, as in prior to the killing in Dallas by the alleged lone nut assassin who just decided out of the blue to murder a president passing by below his place of employment. There was not only attention to Oswald, it was “high-level attention,” which was “incredible.” Morley’s evidence is hard to locate, as his sourcing was not included in his story.

What is known is that anti-Castro Cuban exiles, working with the CIA, were monitoring Lee Harvey Oswald three months prior to the JFK assassination. A lawsuit was filed to release records connected with George Joannides, who was the “chief of the CIA’s anti-Castro ‘psychological warfare’ operations in Miami.” What makes Joannides even more relevant to the cover-up is that he served as the Central Intelligence Agency’s “liason” to the HSCA in 1978-9, but he never revealed to the investigation his own involvement in 1963. George Joannides was, of course, an expert in psychological warfare, the art of disinformation – which is plentiful in this particular murder case. He was later accused of obstructing justice by deceiving the congressional committee.

The fact that there has been a cover-up of the JFK assassination is undeniable. The conflicting conclusions of the two main investigations, Warren vs. HSCA, establish that a one has taken place. Ongoing suppression of evidence by the CIA further establishes this cover-up. Defenders of the official story would attribute such illegal behavior to institutions avoiding embarrassment or hiding negligence. Establishment journalist Jefferson Morley is an example of this view, as his own conspiracy theory suggests that: “release would show the CIA trying to keep secret its own flawed performance before the assassination.”

The majority of the American people don’t see it that way, however. They believe a far more sinister explanation is likely, and for good reasons. The CIA has a history of criminal activity including overthrowing democracies, torture and politically-motivated murders. The Kennedy killing would not have been an aberration in tactics, only in the choice of target.