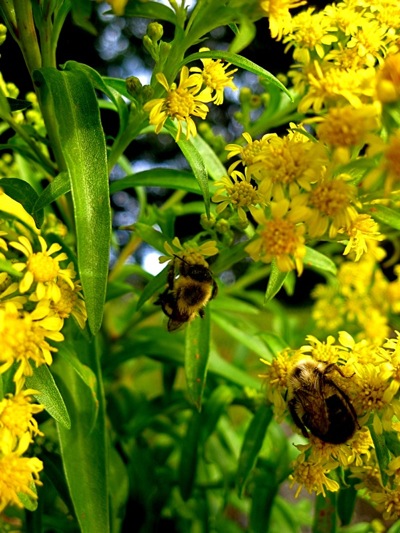 THE GUARDIAN– Disturbing evidence that honeybees are in terminal decline has emerged from the United States where, for the fourth year in a row, more than a third of colonies have failed to survive the winter.

The decline of the country’s estimated 2.4 million beehives began in 2006, when a phenomenon dubbed colony collapse disorder (CCD) led to the disappearance of hundreds of thousands of colonies. Since then more than three million colonies in the US and billions of honeybees worldwide have died and scientists are no nearer to knowing what is causing the catastrophic fall in numbers.

The number of managed honeybee colonies in the US fell by 33.8% last winter, according to the annual survey by the Apiary Inspectors of America and the US government’s Agricultural Research Service (ARS).

The collapse in the global honeybee population is a major threat to crops. It is estimated that a third of everything we eat depends upon honeybee pollination, which means that bees contribute some £26bn to the global economy.

Potential causes range from parasites, such as the bloodsucking varroa mite, to viral and bacterial infections, pesticides and poor nutrition stemming from intensive farming methods. The disappearance of so many colonies has also been dubbed “Mary Celeste syndrome” due to the absence of dead bees in many of the empty hives.

US scientists have found 121 different pesticides in samples of bees, wax and pollen, lending credence to the notion that pesticides are a key problem. “We believe that some subtle interactions between nutrition, pesticide exposure and other stressors are converging to kill colonies,” said Jeffery Pettis, of the ARS’s bee research laboratory.

A global review of honeybee deaths by the World Organisation for Animal Health (OIE) reported last week that there was no one single cause, but pointed the finger at the “irresponsible use” of pesticides that may damage bee health and make them more susceptible to diseases. Bernard Vallat, the OIE’s director-general, warned: “Bees contribute to global food security, and their extinction would represent a terrible biological disaster.”

Continue reading about the Bee Population Dying Off.