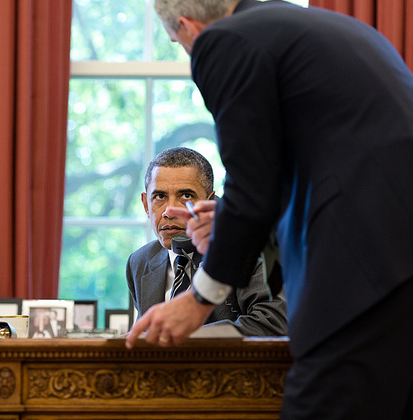 ‘State secrets’ privilege was heavily criticized under George W. Bush. But with Obama’s reluctance – and later refusal – to let investigations continue of Bush law-breaking, many citizens have had no recourse after being tortured or indefinitely detained unlawfully.

In the United Kingdom, Australia, Canadian, Italy, and Spain, lawsuits were filed by citizens of those countries who claimed that their country worked with the U.S. to rendition them. Many settlements and pay-outs were issued by countries abroad who admitted complicity in a violation of that person’s rights. Not only were lawsuits filed outside of the U.S., but actual criminal proceedings moved forward in Spain, Italy, and the United Kingdom.  However, in the U.S., no such payouts or settlements have occurred due to the continued legal shielding and censorship that has taken place.

In April 2009, Spanish courts decided to move forward with a criminal investigation of Alberto Gonzales and others who were complicit in the torture regime including John Yoo and Jay Bybee, authors of the torture memos. The case revolved around five Spanish citizens who were tortured at Guantanamo Bay.  Spain made clear in public statements that they would cease their investigation immediately if the United States decided to launch an inquiry of their own. But the U.S. has no intention of doing so.

After a Wikileaks diplomatic cable leak showed that after the fact, the U.S. had issued a veiled threat of intimidation saying the investigation “would not be understood or accepted in the U.S. and would have an enormous impact on the bilateral relationship,” Spain caved and dropped the case. The Spanish government made a compromise to remain allies with the United States, not wanting any disruption in the relationship between the two nations.

In November of 2009, a court in Italy found twenty two CIA agents guilty of the 2003 kidnapping of an Italian citizen. He was sent to Egypt by the CIA, after being essentially kidnapped to be tortured by Egyptian authorities, infamously referred to as the art of ‘rendition’ aka exporting torture. One CIA agent in particular was sentenced to an eight year prison term by the Italian judges.  The United States refused to extradite any of the CIA agents who were found guilty, and instead the White House expounded with “we are disappointed by the verdicts against the Americans”.. “for their alleged involvement”. Currently in Italy the subpoenas are still legally viable, so surely none of the accused CIA agents will ever be safe stepping foot into Italian territory.

In mid 2009, Binyan Mohammed of Great Britain spent six years at Guantanamo. He claims to have incurred genital mutilation among other forms of physical abuse, and was successful in appealing to a British court to hand over documents proving his claims; documents that were in the possession of UK intelligence that showed notes taken by British authorities detailing his ‘enhanced interrogations.’  Right before the British court was to publicly release a summary of the notes in question, they were threatened by the British government not to do so. It was learned later that the British government received a direct threat of sanction from the US government under Obama. The U.S. specifically told them that if the notes were released and the trial was allowed to move forward, the U.S. would withhold vital intelligence information to the UK that could harm their national security. The British judges released a statement saying, “we did not consider that a democracy governed by the rule of law would expect a court in another democracy to suppress a summary of the evidence contained in reports by its own officials or officials of another state where the evidence was relevant to allegations of torture … politically embarrassing though it might be.”

According to the Obama / Biden campaign website, they claim to have a Plan to Change Washington in which “the Bush administration has invoked a legal tool known as the ‘state secrets’ privilege more than any other administration to get cases thrown out of court.” Surprisingly, during Obama’s first years as president, his lawyers evoked the state secret privilege just as much if not more than the previous administration to get cases (mostly involving torture and law breaking under George W. Bush) thrown out of civilian and criminal courts.

Since the NSA wiretapping scandal, the only legal immunity on paper was for the private corporations that took part in it. They could not be sued due to Obama’s ‘telecom immunity‘ bill. However, this still left open the possibility that the U.S. government could still be sued for its illegal surveillance activities, so the Electronic Frontier Foundation, an online activist group, brought forward a lawsuit. The first response to the lawsuit from Obama’s lawyers amounted to a duplication of the Bush evocation of state secrets. To what can only be described as Kafka-esque circular logic, they said the entire NSA program was a vital state secret that could not be examined in a court and that no government officials could be held accountable even if the spying was knowingly illegal because they would have to willfully disclose what they know.

In reaction to Obama throwing the EFF’s lawsuit out of court, the EFF wrote “Obama’s DOJs new arguments are worse than Bush.”

Indeed, Obama’s use of the State’s Secret Privilege has not just been to continue covering up Bush crimes, but also to his own ‘bending’ of U.S. law. In September of 2010, Anwar Alwaki’s father, when he was informed that his son was due for ‘extra judicial’ assassination tried to file a lawsuit against the US government with the help of the ACLU. Obama once again evoked the states secret privilege and had the case thrown out of court on the grounds that it would “require the disclosure of highly sensitive national security information concerning alleged military and intelligence actions overseas.”

A little over a year later, Anwar Awlaki was unlawfully assassinated in a drone strike along with his 16 year old son.

Since Obama took office, two courts ruled that the NSA policy of wiretapping without a court order was illegal. When the cases gained notoriety in the press, the Obama administration evoked state secrets yet again. In one instance, the court rejected the excuse. Regardless, the Obama administration’s Justice Department refused to hand over documents in violation of a court order.

While writing this article, oral arguments were heard in Clapper v. Amnesty, a new Supreme Court case that involves the ACLU vs the U.S. government NSA program that removes the need for a court order previously required to conduct surveillance.  Good news has come out of the proceedings so far, where many Justices have spoken out against the circular logic the government has used in its defense. The argument being that the ACLU and no American citizens have ‘standing’ since they cannot prove they have been the target of NSA surveillance. The inherent problem with this logic is that nobody can prove it since the government keeps it completely secret. This is the very point Justice Sotomayor raised when she interrupted Solicitor General Donald Verril by asking “General, is there anybody who has standing?”

The answer is technically no, since no one can get the government to admit its role in said surveillance even if asked to do so by a court.  The case goes back into court on December 14th, and Media Roots will be in the thick of it to report on the verdict once it’s announced.