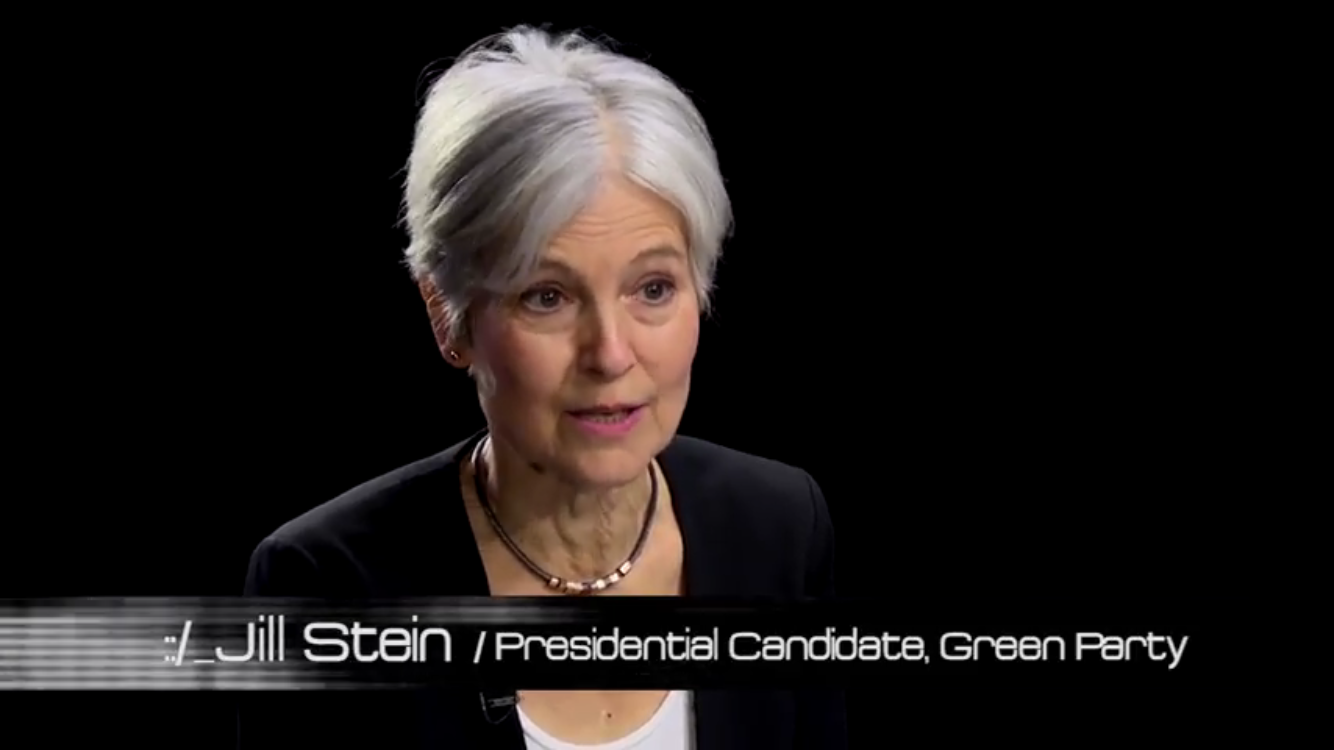 Although the US Empire deems itself the greatest democracy on earth, its election system is rigged so people are given a choice between only two parties, the Democrats and the Republicans.

Despite their differences, both are united around the interests of Wall Street and militarism, working to maintain a system that churns out disaster at home and abroad. Restrictive ballot access, bias corporate media coverage, and pay-to-play campaigns all let this two party dictatorship put a stranglehold on the process by making it nearly impossible for third parties to run.

Having evolved from a coalition of left wing groups in 1984, the Green Party provides one alternative to the status quo, with a program of social and ecological justice. Since 2012, Dr. Jill Stein has spearheaded the party’s presidential campaign–fighting to establish a bottom up movement for real change. While practicing medicine she authored critical scientific studies about environmental toxicity. Witnessing a broken medical system, she became a community advocate for just and equal health care.

In 2002, Stein ran against Massachusetts Governor Mitt Romney under the Green Party ticket. She continued to elevate in local government until being chosen to run as the Green Party nominee in the most impossible election of all–president of the united states.

Because the media establishment keeps third-party candidates hidden from all election coverage, I sat down with Dr. Stein to find out why her voice is such a threat.