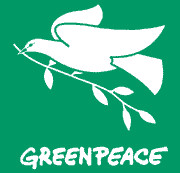 Recently, Greenpeace has focused on lobbying Brazilian politicians to accept responsibility for rampant deforestation and environmental injustice. After significant pressure from the organization, the public prosecutor of the Brazilian state of Para levied strict fines on abattoirs and retailers, which were linked to illicit ranches operating within his jurisdiction. These farms were functioning on illegally deforested land, selling cow meat and hide to international corporations like Wal-Mart, Nike, and Toyota. Facing fines totaling over $1 billion, the associated abattoirs and international retailers pledged to conduct future business with only registered, legal ranching establishments.

Sometimes Greenpeace must resort to innovative tactics in order to induce environmentally responsible behavior. Recently, they targeted Nestle’s KitKat bar, which contained palm oil derived from unsustainable sources, through a creatively morose internet campaign. As a result, Greenpeace goaded Nestle into halting purchases from their questionable Indonesian supplier. After pressuring corporate heavyweights like Nike, Wal-Mart, and Kraft, Greenpeace received judicious cooperation against illegal deforestation. Any respite from the pressure on all parties will lead to a resumption of illicit activities, inherent to the exploitative measures of international capitalism.

Despite its encouraging track record, there are plenty of reasons why Greenpeace must continue its lobbying efforts, grassroots tactics, and international campaigns. Primarily, corporate behemoths have only responded to Greenpeace’s requests because they’ve received substantial pressure from some socially-responsible consumers who demand strict environmental standards to be adopted along the corporate supply chain. Unfortunately, the average shopper has no desire to pay the increased prices resulting from expensive environmental standards. In response to the conflict between customer responsibility and consumer frugality, corporations continue to cut corners in favor of profit, potentially resorting to illegal strategies to achieve a more profitable bottom line.

Even if all necessary environmental standards are adhered to, corporations don’t consider the deleterious effect, which their mere presence has on local environments.  For example, timber corporations build roads into isolated habitats in order to extract timber. Yet these roads remain long after the logging companies depart. By connecting cities to forests in this manner, loggers contribute to an expedited drain of other natural resources, leading to the collapse of many fragile ecosystems. With scant concern for sustainable extraction techniques, irresponsible corporate clientele will continue to degrade our global habitat beyond repair, regardless of any demand for environmental justice.

One cannot help but sympathize with Greenpeace and admire their efforts of using creativity and audacity as weapons against our collective disregard of the environment. Al Jazeera World looks at Greenpeace’s humble beginnings and the courage it takes to stand up to those who deliberately ruin our one and only planet.