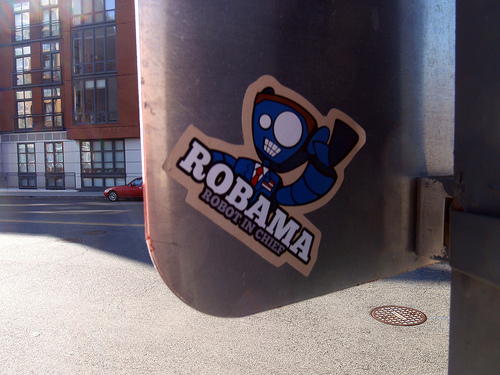 MEDIA ROOTS – With the second of three presidential debates now over, democracy continues to be victimized by the campaigns of establishment candidates referred to colloquially as “Obamney” or “Robama.” However, viewers of corporate media would not understand this for throughout the coverage, very little was reported on events occurring just outside the spectacle.

Since the historic Kennedy-Nixon debate of 1960, televised presidential debates have been a primary tool for American voters to learn about candidates for office. Over 70 million Americans tuned-in for that first televised debate as well as last night’s orchestrated charade. But while it is widely agreed that Kennedy won the debates because of his favorable on-camera presence, the winner of last night’s debates was more nebulous. For never have these televised debates featured more than the two major candidates nor have additional voices ever been needed more in a presidential election.

Yesterday Dr. Jill Stein and her running-mate, Cheri Honkala, attempted to alter the two-party paradigm by attending the debates without “credentials.” They were promptly arrested after not refusing to leave only to be later released, without charge, shortly after the debates concluded. “We think [the Commission on Presidential Debates] is entirely illegitimate,” Dr. Stein mentioned just prior to their arrest. The physician, author, teacher, and mother continued “that if democracy truly prevailed there would be no such commission, that the debates would still be run by the League of Women Voters, that the debates would be open.”

Adding insult to injury, Time’s Mike Halperin obtained and disseminated an agreement between the two establishment candidates that was signed by representatives of both campaigns on the day of this year’s first debate in Denver. The agreement can now be downloaded in its entirety while below are some of the agreement’s most egregious items, as highlighted this morning in an article on Gawker:

– “The candidates may not ask each other direct questions during any of the four debates.”

– “The candidates shall not address each other with proposed pledges.”

– “At no time during the October 3 First Presidential debate shall either candidate move from his designated area behind the respective podium.”

– For the October 16 town-hall-style debate, “the moderator will not ask follow-up questions or comment on either the questions asked by the audience or the answers of the candidates during the debate….”

– “The audience members shall not ask follow-up questions or otherwise participate in the extended discussion, and the audience member’s microphone shall be turned off after he or she completes asking the questions.”

– “[T]he Commission shall take appropriate steps to cut-off the microphone of any…audience member who attempts to pose any question or statement different than that previously posed to the moderator for review.”

– “No candidate may reference or cite any specific individual sitting in a debate audience (other than family members) at any time during a debate.”

– For the town-hall debate: “Each candidate may move about in a pre-designated area, as proposed by the Commission and approved by each campaign, and may not leave that area while the debate is underway.”

offers insight into what an appropriate presidential debate would look like.

One thought on “It’s Official: Presidential Debates Are Illegitimate”