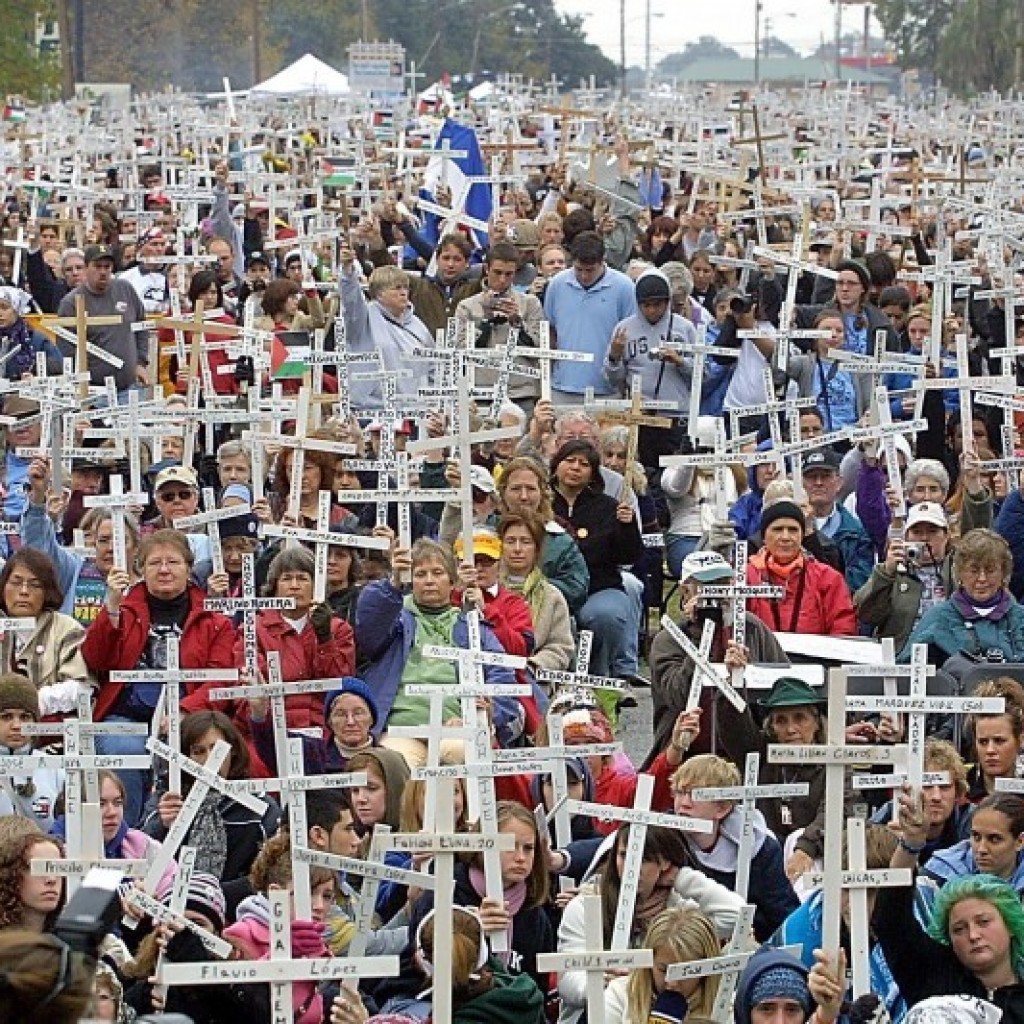 Dubbed ‘The School of Dictators’ by human rights activists, the US Army School of the Americas, now known as the Western Hemisphere Institute for Security Cooperation, has produced some of the world’s most notorious torturers, drug traffickers and war criminals. The spectre of their crimes still haunts much of Latin America—from Argentina to El Salvador.

In El Salvador, the human rights abuses were beyond the pale–from the public assassination of bishop Óscar Romero to the raping and killing of four American nuns.

Some of the school’s well known graduates include Jorge Videla, military dictator of Argentina from 1976 to 1981, who caused the deaths of at least 9,000 people and disappearances of an estimated 30,000 others. Another star pupil of the school was CIA agent, Vladimiro Montesinos, who went on to become Peru’s counterintelligence head. Montesino directed an anti-communist death squad called the Colina Group which committed numerous horrifying massacres of peasant farmers, trade unionists and alleged leftists.

The brutal crimes being committed in our names and with our tax dollars led a man named Father Roy Bourgeois to form The School of the Americas Watch, an organization dedicated to closing down the school.

Join Abby Martin in this edition of The Empire Files as she uncovers how the US funded right wing death squads and intentionally uprooted democracy across Latin America.

The US School That Trains Dictators & Death Squads