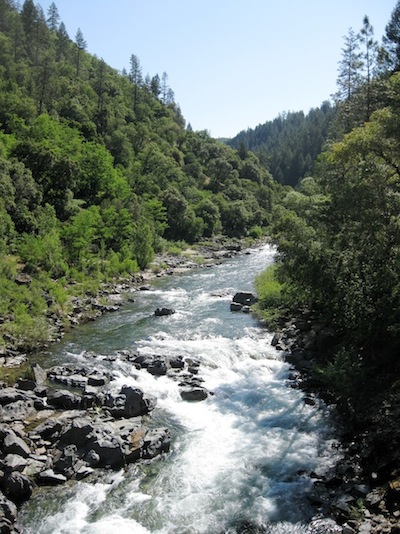 MEDIA ROOTS — The ‘Fair Share of the Common Heritage’ is a philosophical economic principle that every sentient being—human and non-human—has a right to a fair share of the wealth derived from the earth’s natural resources and humankind’s accumulated cultural knowledge.

This includes all of the planet’s natural resources that human beings need to survive, as well as the technological inventions that help to progress the evolutionary consciousness of our global society.

The main crisis facing “the Commons” is the corporate privatization of resources integral to life, such as water.

Some have heard of the phrase the ‘Tragedy of the Commons,’ a theory put forth by ecologist Garrett Hardin that describes how private property is a better way to ecological preservation. According to Hardin, humans are incentivized to act in their own self-interest and will ultimately compete, abuse and deplete a resource they share in common. However, Hardin’s concept was based on many theoretical assumptions.

Elinor Ostrom, the first woman to win a Nobel prize in Economics, has poked holes in Hardin’s theory with her trailblazing global Commons research. Via the Guardian:

“Ostrom studied what makes collective action work in irrigation systems, pastures, forests and fisheries all over the world. Co-operation to manage key resources is not automatic, but neither is the “tragedy of the commons”. Respect for collective property rights is crucial to providing the necessary incentives for people to maintain resources.” Policies of nationalising or privatising the commons have too often eroded the incentives or authority of local users to manage their resources. Ostrom showed that giving communities scope to set their own rules (PDF), ones adapted to local conditions, is important. Outsiders’ technical and local knowledge plays a role, but people are more likely to monitor and enforce rules they have had a say in setting.”

Most importantly, we shouldn’t get entrapped in the barriers of language or be imprisoned to preconceived terminology when we consider the concept of the Commons. Like Ostrom’s research shows, a combination of ideologies are put into practice that differ from community to community to manage and share the Commons.

What do you think? Get the dialogue started.

Abby Martin interviews Project Censored board members about the ‘Fair Share of the Common Heritage,’

“We do not have this personal ownership, per se, of one thing over another or ownership isn’t used in a heirarchical capacity.” — Mickey Huff, Director, Project Censored.

“The basic resources that we rely upon, but also things like DNA, those basic things that nature passes on from generation to generation that we have in common,” Kenn Burrows, Professor of Holistic Studies.

2 thoughts on “The Fair Share of the Common Heritage”