MEDIA ROOTS — Anything under the sun can be abused, yet scientific studies increasingly seem to confirm how relatively harmless cannabis smoking is compared with tobacco, alcohol, and other popular substances consumed by humans.

Even though most marijuana smokers tend to inhale deeply and hold the smoke in for as long as they can before exhaling, the lung capacity didn’t deteriorate even among those who smoked a joint a day for seven years or once a week for 20 years, according to the study published Tuesday in JAMA, the journal of the American Medical Association.

In recent years, studies on marijuana smoking and its effects on lung function have been contradictory. While most studies have shown no effects on the lungs from smoking cannabis, others have shown adverse effects, and still others have shown improvement in lung function. Researchers at the University of California, San Francisco, and University of Alabama at Birmingham knew tobacco smoking causes lung damage and leads to respiratory issues such as chronic obstructive pulmonary disease (COPD), but they wanted to be clear whether smoking marijuana, had similar effects.

They measured lung function multiple times in more than 5,100 men and women during a 20-year period.  In fact, the research shows, some people who regularly smoke marijuana can have a slight improvement in lung function. 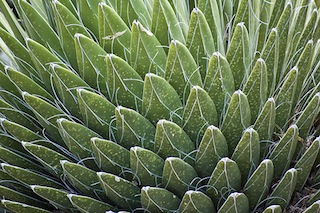 GUARDIAN– The desert plants used to distil tequila could cut emissions from transport by providing an important new biofuel crop, according to new research.

“Agave has a huge advantage, as it can grow in marginal or desert land, not on arable land,” and therefore would not displace food crops, said Oliver Inderwildi, at the University of Oxford.

Much of the ethanol used as a substitute for petrol is currently produced from corn, especially in the US, and has been criticised for driving up grain prices to record levels. A recent inquiry found that laws mandating the addition of biofuels to petrol and diesel had backfired badly and were unethical because biofuel production often violated human rights and damaged the environment.

But the new study found that agave-derived ethanol could produce good yields on hot, dry land and with relatively little environmental impact. The agave plant, large rosettes of fleshy leaves, produces high levels of sugar and the scientists modeled a hypothetical facility in the tequila state of Jalisco in Mexico which converts the sugars to alcohol for use as a fuel.

Inderwildi said the research, published in the journal Energy and Environmental Science, is the first comprehensive life-cycle analysis of the energy and greenhouse gas balance for agave-derived ethanol. The team found the production of agave-ethanol led to the net emission of 35g of carbon dioxide for each megajoule of energy, far lower than the 85g/MJ estimated for corn ethanol. In comparison, burning petrol emits about 100g/MJ and some estimates of corn ethanol suggest it is worse than petrol.

AOL NEWS– Doctors hope further studies of salvia, a powerful hallucinogen that is sometimes smoked by recreational users, will unlock treatments for a variety of neurological disorders including Alzheimer’s disease and illnesses that cause chronic pain.

Researchers at Johns Hopkins Hospital recently completed a study that examined the effects of salvia or salvinorin A, on humans. “It is unlike anything that exists,” Dr. Matthew Johnson, lead study researcher, psychologist and assistant professor of psychiatry at John Hopkins University, told AOL Health.

Johnson believes that gaining information about how salvia affects the brain could lead to medical advances and the creation of new drugs to treat a variety of illnesses and conditions that affect the brain.

Salvia divinorum is the active ingredient in salvia, which resembles marijuana and, according to researchers, is the most powerful hallucinogen in nature. This study, which appears online in Drug and Alcohol Dependence, is the first controlled trial to be conducted on humans.

The study participants were two men and two women who had previous experience with hallucinogens. The volunteers smoked the drug in 20 sessions over the course of two or three months.

NATURAL NEWS– An international team of scientists was recently surprised to discover that sea sponges — one of the oldest multicellular life forms — share nearly 70 percent of the same genes as human beings, according to a study published in the journal Nature.

The team worked for five years to sequence the genome of the 650-million year old group of organisms, which was one of the first to develop the specialized cell groups that characterize organs.

“The sponge represents a window on this ancient and momentous event,” said University of California-Santa Barbara researcher Kenneth S. Kosik. “Curiously, the cells of a sponge bear little resemblance to cells found in the rest of the animal kingdom. For example, sponges lack neurons; however, the sponge genome reveals the presence of many genes found in neurons.”

Significantly, many of the genes that sponges share with humans may play a role in the development of cancer.

“It is in an individual cell’s best interest to keep replicating, and this actually is what cancer is — the uncontrolled replication of cells in the body. So in the history of animals, we can see this link with cancer, because the genes that are involved in the transition to multiple cells during evolution are also known to be linked to cancer.”

However promising, the recent findings are only the beginning in terms of uncovering new cancer therapies.

Continue reading about Humans Share 70% of Genetics with Sea Sponges. 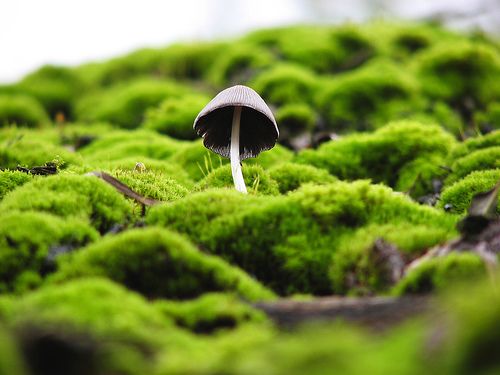 YES! MAGAZINE– For more than a decade, mycologist and inventor Paul Stamets has known that mushrooms eat oil. There were still a few kinks to work out; bringing the technology to scale and winning the acceptance of government agencies were two of the most challenging. Yet the basic science was solid and had been replicated many times by other scientists.

Then Stamets heard about the Deepwater Horizon oil spill in the Gulf of Mexico. While his first reaction was horror and regret, he also knew that he might be able to offer practical solutions, while at the same time giving his oil-eating mushrooms a chance to show their stuff.

He wasn’t the only one who thought mushrooms might be part of the solution. In the days after the explosion in the Gulf, the EPA contacted him several times to request a proposal. They wanted to understand how mycoremediation—the reduction of toxic compounds into harmless ones by fungi—could work as a component of their cleanup strategy for the spill.

Stamets drafted a three-page proposal and sent it off. Then he ramped up the pace of his research and shifted his focus to finding oil-eating mushrooms that could tolerate the Gulf of Mexico’s salt water and powerful sun.

Continue reading about Can Mushrooms Rescue the Gulf?.