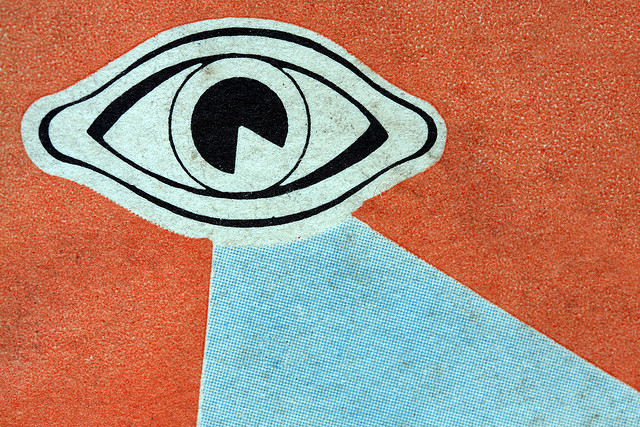 MINT PRESS NEWS – Less than a year ago, the city of Oakland, California, took what privacy activists considered to be a major step toward a surveillance state.

In July 2013, the Oakland City Council unanimously approved the implementation of the Domain Awareness Center (DAC), a surveillance hub that would combine public and private cameras and sensors from all over California’s eighth-largest city into one $11 million mass surveillance system.

But if the eight council members and Mayor Jean Quan thought it would be smooth sailing from there, they were very much mistaken.

Amid unprecedented public outcry, the council in March backed away from a full-fledged “fusion center,” approving an amended resolution limiting the center so it will only monitor feeds from the Port of Oakland and Oakland International Airport.

The original program “would have allowed warrantless mass surveillance of Oakland residents … who are engaged in no wrongdoing whatsoever,” Linda Lye, an attorney for the ACLU, told MintPress News in an interview. “The City Council took the courageous step of dialing it back significantly.”

Among those who mobilized against the center were such diverse groups as North Oakland’s Lighthouse Mosque, the Oakland Privacy Group and former Occupy Oakland activists. At the March 4 council meeting, 149 people signed up to speak, including a nine-year-old who suggested that DAC stands for “Destroy All Coolness.”

One argument that particularly resonated in Oakland was that law enforcement would use the DAC to target minorities. The death of Bobby Hutton, a 17-year-old Black Panther party member, in a shootout with Oakland officers in 1968 helped spark an antagonism toward the police in the black community that has lasted to the present day.

“The importance of the broad coalition of left, right and center groups coming together in less than two months cannot be understated,” Oakland Privacy spokesman Brian Hofer told MintPress. “It was amazing to watch groups previously slow to come to the table in January and February suddenly jump on board in March.”

With other communities around the country considering fusion centers, Hofer and others believe that what has happened in Oakland could serve as a template of how to protect privacy rights from “Big Brother” intrusions.

The Domain Awareness Center in Oakland was initially authorized in 2009 as part of a nationwide initiative to beef up port security by integrating sensors and cameras in and around port facilities into networks. The Port of Oakland is one of seven U.S. maritime facilities that the Department of Homeland Security considers to be at the highest risk of a terrorist attack.

The first phase of the project was completed in June 2013 at a cost of about $3.4 million in federal grants. By that time, the project had swollen well beyond its original port security parameters, extending to feeds from the Oakland school cameras, city traffic cameras and automated license plate readers, along with data from gunshot detectors and police records.

But Lye, the ACLU attorney, says there was “enormous mission creep. It grew into something much larger … a very expansive project that would have allowed warrantless mass surveillance even though the justification was port security.”

The “aggregation” of data at one location had privacy activists particularly concerned. “A mosaic reveals more information than an individual tile,” Lye noted.

On July 16, 2013, a resolution to approve an additional $2 million in federal grants to fund Phase II of the project — the build-out of the surveillance center at Oakland’s Emergency Operations Center — went before the Oakland City Council. The item was on the council’s consent calendar, meaning the city’s Public Safety Committee regarded it as non-controversial and not requiring much, if any, public input.

According to Lye, the city, like many other local governments, had succumbed to the temptation of accepting federal grant money for technology without going through a rigorous and transparent decision-making process.

The federal government’s largesse, she said, “encourages people to spend money on a device rather than ask the question, ‘Do we need this device?’”

At the July 16 meeting, however, concerned residents did kick up enough of a fuss about privacy and policing to persuade the council to put off a vote. One speaker, Joshua Daniels, complained that the Oakland Police Department “doesn’t respect the rights” of residents.

“This city has a huge trust issue, and it’s not going to be solved by spying on your citizens,” he told the council.

Two weeks later, the council approved the resolution but said it wouldn’t “activate” the system completely until privacy guidelines and data-retention policies were developed and voted on by the council no later than March 2014. City staffers had stated that they planned to get the money first, then design privacy protocols and decide whether or not to store data and for how long.

A speaker at the July 30 meeting voiced his displeasure by singing, “Everybody must get droned.”

By the time the Oakland City Council met on March 4, the political landscape had changed dramatically. “It was a monumental momentum shift,” Hofer said, involving the mobilization of dozens of community groups and an extensive education effort, not only of the public, but elected officials.

“The council was not well-educated about the DAC when the voting process began in 2013,” Hofer explained. “It was clear when attending [council] hearings and in meeting with them privately that the administration had not fully informed the council of the true technical capabilities [of the system].”

Pressure groups, he said, “kept up a continuous education campaign … As each day went by and more citizens became informed, the opposition to this project grew.”

At a protest in February, activists held signs saying, “Welcome to the Domain Awareness Center. We Are Always Watching,” while a costumed “DAC official” put bags over their heads and ziptied their hands behind their backs.

Councilwoman Desley Brooks had introduced the amended resolution limiting the Domain Awareness Center to a “port-only” operation and requiring that any further expansion of the center come before the council. Ahead of the March 4 meeting, Hofer said, more than 40 groups submitted joint letters opposing city-wide mass surveillance.

When the amended resolution came up for debate, representatives of the Muslim community spoke of the detrimental impact of post-9/11 intelligence-gathering and surveillance. The proposed center would be used to “discriminate against minorities and perpetuate racial, religious and political profiling,” warned Maya Schweiky, who described herself as a Muslim.

At one point, the booing of city staff got so loud that Councilwoman Lynette Gibson McElhaney plugged her ears. Finally, in the early hours of March 5, the council voted 5-4 in favor of the resolution, with Mayor Quan casting the deciding vote.

“I wish I had paid attention to it a little earlier,” Quan said after the vote. “I really thought it was a no-brainer. I think it is just the time, because people are mad about the [National Security Agency] … It didn’t occur to us that a system that would help the existing cameras coordinate in an emergency would become so controversial.”

The mayor indicated she would push for the project’s scope to be expanded beyond the port in the near future. But activists said they would be vigilant about preventing any further “mission creep.”

“We are aware of [the mayor’s] intent,” Hofer told MintPress. “We will keep watching and keep educating.” Hofer is a member of an ad hoc committee now drafting a privacy and data retention policy, and he is “excited about the model we are creating. Hopefully, we can … use it as a model for other municipalities.”

Last month, Hofer and other activists from Oakland took part in a National Day of Action against fusion centers with residents of 10 other cities, including Boston; Charlotte, N.C.; Dallas; Los Angeles; San Francisco; and Washington.

“Folks are excited about the momentum Oakland has in defending civil liberties,” he said.