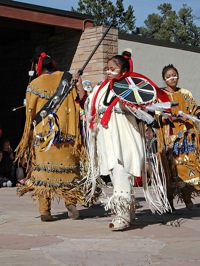 NATURAL NEWS– During the week of December 17 – 19, 2007, Lakota Indian leaders traveled to Washington DC and withdrew from the constitutionally mandated treaties to become a free and independent country. They did so in a fully honest, legal, and ethical manner.

“We are no longer citizens of the United States of America and all those who live in the five-state area that encompasses our country are free to join us,” long-time Indian rights activist Russell Means told a handful of reporters and a delegation from the Bolivian embassy.

All were gathered in a church in a run-down neighborhood of Washington for a news conference. In other words, the Republic of Lakota is now inviting everyone within their country borders to join them and to live free and create a new government based on the laws of brotherhood.

Lakota leaders delivered a message to the United States State Department in December of 2007, announcing they were unilaterally withdrawing from treaties they signed with the federal government of the United States.

Continue reading about Lakota Indians Establish Their Own Country Within the United States.