Recently I traveled to one of the most nefarious prisons in the world: Guantanamo Bay, Cuba. Despite repeated government pledges to close the infamous detention facility down, 149 men remained indefinitely imprisoned there. 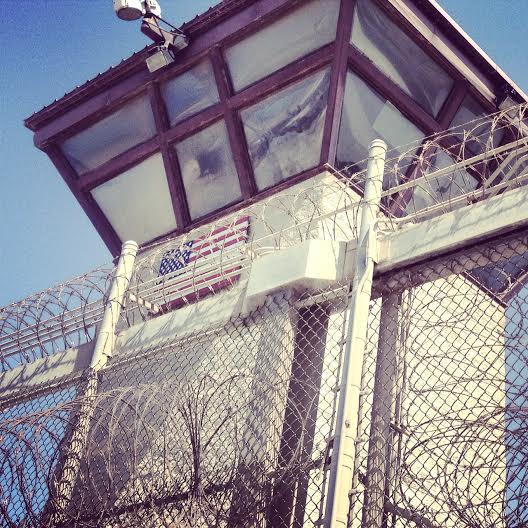 According to a top Bush administration official, the vast majority of prisoners are innocent, and were either swept up in a dragnet or handed over in exchange for US bounties.

It’s already hard enough traveling to Gitmo as a journalist, but upon arrival I realized the experience was going to be controlled 24/7 by military escorts preventing us from going anywhere near the detainees I had come to report on.

However, I was able to speak with several top brass defense attorneys for the military commissions, a corrupt system that grants alleged terrorists less rights than civilian courts. The fact that six men are facing formal charges at the prison in relation to 9/11 & the USS Cole bombing gives the world the false impression that even alleged terrorists get their day in court. In reality, the remaining 143 men never charged with a crime may never get that luxury.

Amazingly, according to their lawyers, the detainees watch RT and Breaking the Set regularly.

My brother Robbie interviewed me about my intense experience at Gitmo for Media Roots Radio, a much more personal account than presented on my show.